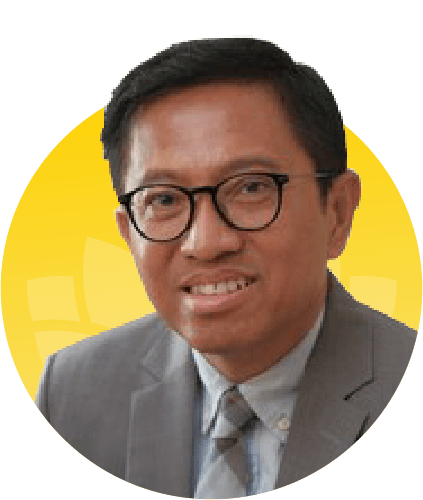 “Identifying a predicate device is crucial to efficient registration in many Asian markets. Asia Actual’s experienced staff can help and our R.O.S.E database allows you to explore existing registrations and conduct due diligence during your decision making process.” 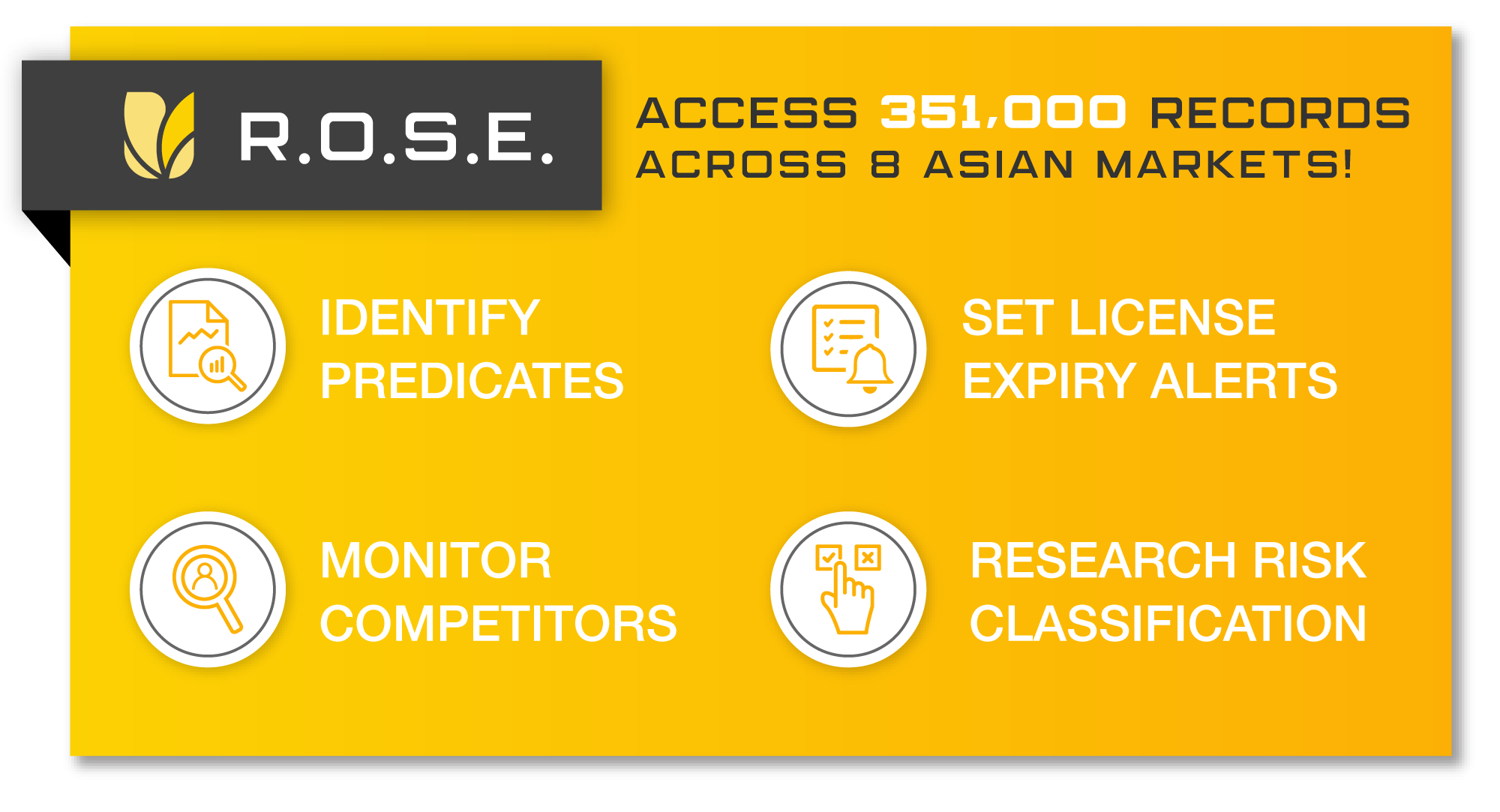 The term “predicate device” refers to a locally licensed medical device with a similar intended use and design/function (to a medical device newly created by a manufacturer) and is crucial to the registration process in many markets.

The most well-known of these markets is the United States, where the vast majority of new medical devices are registered or “cleared,” through the 510(k) process. The manufacturer can show safety and efficacy by successfully comparing their product to an already approved product. This means manufacturers will face greater leniency and shorter wait-times over the course of their own registration process.

The process of finding and claiming a predicate device is intricate and differs depending on each country’s individual rules. In this article, we will outline the best practices for the five different Asian countries that provide an abbreviated “predicate” registration route: China, Taiwan, India, Japan and South Korea.

While the “predicate” concept is similar across markets, it’s important for manufacturers to understand the complexities and contrasts between the requirements for predicate devices globally.

How to Identify a Predicate Device

First, it is important to understand how to identify a predicate device. In order to accomplish this goal, the manufacturer will first need to identify products similar to their own. These products must use similar technology and have the same indications for use.

One of the best ways to identify similar products is to identify competing products. Oftentimes, this means seeking out products manufactured by larger companies or those that already have a history of usage. This will increase the likelihood of these products being registered internationally and in more markets. If manufacturers can compare their products to the same product across several markets, it can significantly reduce the overall regulatory burden.

Once the manufacturer has a list of potential predicate devices, they will need to confirm that these products are registered in the country they hope to register their product in. To do so, manufacturers have a few different options. First, they can browse through the specific country’s public medical device database. Second, they can work with a local partner to conduct this research. Third, they can use Asia Actual’s Registration Optimized Search Engine (R.O.S.E.), which aggregates registered products from public databases throughout Asia.

While the NMPA releases annual updates to their Clinical Trial Exemption list, manufacturers can also sometimes avoid clinical trials by providing a sufficient comparison to a similar product along with a robust Clinical Evaluation Report.

This aspect of the application process in China has long plagued medical device manufacturers as the requirements often remained unclear until reviewers began their review process. This lack of transparency historically caused significant issues for manufacturers trying to enter the lucrative Chinese market on a budget. At present, the NMPA has become more diligent in releasing clinical trial exemption lists and has even opened up an online pre-submission process for borderline products to help clarify expectation.

In recent years, some foreign manufacturers have become frustrated with China’s regulatory requirements due to their inability to understand and plan for what is needed during the application process. One of the primary uncertainties is whether a device will require local clinical trials.

Previously, the NMPA (CFDA at the time) were more lenient with clinical requirements and would accept Clinical Evaluation Reports (CERs) in lieu of clinical trials. This reduced registration costs significantly. However, as the Chinese medical device industry continues to rapidly expand, the NMPA has sought more oversight. When combined with their very narrow definition of a predicate, it can be difficult for foreign manufacturers to determine ahead of time how their product will be evaluated.

In order to alleviate some of the uncertainty facing manufacturers of same type devices, the NMPA published a notification in the summer of 2019 outlining the formal process for seeking the performance parameters expected during the product’s application process.

While there previously had been a mechanism for asking the China FDA about this issue, the new process is more transparent and is expected to cut the turnaround time from about 6 months to 2 months. Depending on the NMPA’s feedback, manufacturers can then compile a Clinical Evaluation Report (CER) in lieu of a Clinical Trial.

The definition of a “predicate device” in India as per the Medical Device Rules, 2017 is as under:

(zm) “predicate device” means a device, first time and first of its kind, approved for manufacture for sale or for import by the Central Licensing Authority and has the similar intended use, material of construction, and design characteristics as the device which is proposed for license in India.”

However, if a medical device is considered as not having a predicate device registered in India, then pre-market, or post-market clinical data from India may be a required element of the registration application. This will be determined on a case-by-case basis by Subject Expert Committee (SEC) review. SECs are formal meetings with technical specialists representing the CDSCO and product specialists from the manufacturer.

During the meeting, the manufacturer will provide evidence for their device’s safety and efficacy and answer the SEC’s questions. Once complete, the SEC will provide additional requirements to be performed before, or after, the (MD-15) Import License is issued.

Predicate Devices as Part of the Registration Process

After a rule was put into effect on October 1st, 2021, all medical devices in India have to be Registered with the Central Drugs Standard Control Organization (CDSCO). Additionally, specific product categories, called Notified Devices, have to obtain an Import License prior to importation. Registration of Non-Notified devices do not currently require the identification of predicate devices to register.

However, since the registration regulation landscape is changing in India, (including the necessity for all Class C and D devices to be Notified by October 1, 2023), all manufacturers will need to identify a predicate as part of maintaining market access in the near future. In addition to identifying a predicate, the CDSCO will also want to see that the product has been approved in the country of origin, also known as Reference Country Approval.

Technically, all first applications for each product category of non-Notified devices will not have a registered predicate on the market (as registration was not required). This situation could potentially require many clinical studies be performed in India.

To alleviate some of the burden, devices that have been registered in a reference market (the US, Europe, the United Kingdom, Japan, Canada, or Australia) with sales data for more than 2 years will be exempted from the local clinical data requirement.

In addition to lower fees and a quicker review time, manufacturers will also be able to submit less documentation including a literature review and a clinical investigation report.

On May 21, 2021, the TFDA released an announcement outlining the “Determination Process of Similar Products of Medical Devices and Instructions for Application by Letter of Inquiry” which can be found here.

Manufacturers seeking registration in Taiwan will need to identify a predicate device by working with a local partner, like Asia Actual, to find similar approved products.

In South Korea, products with predicate devices on the market are eligible for the Substantially Equivalent (SE) process. This is similar to several of the countries listed previously and helps to speed-up the review process.

If no predicate device is utilized in the registration process, the Ministry of Food and Drug Safety (MFDS) will perform a Clinical Data Review. This process can take a longer review (official legal timeframe for an SE review: 65 working days, for a non-SE review: 80 working days) to complete and will require manufacturers submit their clinical data in order to gain approval from the MFDS.

Registration review routes depend on the risk classification of the device and whether or not a registered predicate or Substantial Equivalent (SE) exists in Korea.

Class I devices are subject to a Pre-Market Notification (PMN) while Class II, III, and IV will require a Pre-Market Approval (PMA). Technical review for Class II device approval with an SE is conducted by a third party. As of October 2022, there are 8 third parties, 1 of which is an international company that also offers Notified Body/Registrar services.

Class III and Class IV with an SE are also subject to Pre-Market Approval (PMA) but with the Ministry of Food and Drug Safety (MFDS). Class II, III and IV devices without an SE are subject to a Safety and Efficacy Review by the MFDS.

In addition to the medical device application timeline, all new manufacturing sites will require a KGMP certification via a Documentation audit (remote) and/or an on-site audit. The KGMP certification can take typically 4 months and largely depends on the review body’s workload. This process can be completed in parallel to the application for device registration to help save time.

The cost and time to register a medical device in Japan will vary greatly depending on device classification and, more significantly, whether the application falls under the predicate system, the Japan Medical Device Nomenclature Code (JMDN code) system.

Most medium risk Class II and some high-risk Class III devices qualify for Pre-Market Certification (PMC), also known as ‘ninsho.’ Review of the medical device and quality systems conformity assessments are outsourced by the PMDA to Registered Certification Bodies (RCB). There are 14 RCBs, 7 of which are international companies that also offer Notified Body/Registrar services. The average time to process a PMC application is 3 months, with an average cost of US$30,000.

New Class II, Class III and Class IV devices are subject to Pre-Market Approval (PMA), also known as ‘shonin’ by the PMDA. Application processing time and PMDA/MHLW fees will vary from 6 months and US$20,000 to 36 months and US$120,000, depending on classification, JMDN code application, and requirements for clinical evidence.

PMDA Clinical Evaluation Consultation: If clinical evidence is required as part of the registration application, it is recommended to take this formal meeting with the PMDA to determine if your data is sufficient for a successful application. The PMDA fee for the 2- hour meeting is approximately US$10,000.

The Importance of Predicate Devices

As you can see, there are many different ways predicate devices are useful to manufacturers who need to register their medical devices throughout the region. While each market may have their own nuance, the same core principle remains; there must be a registered product that is technically similar and is used for the same intended, or indications for, use.

Asia Actual can help your company navigate the regulation process, whether it be finding predicate devices for your product or breaking down the applications necessary in each country.

Whatever the scenario, Asia Actual has regulatory experts throughout Asia, including India, Taiwan, China, Japan, and Korea, ready to help shepherd your device expeditiously to market access and begin, or continue, growing your sales in the region. 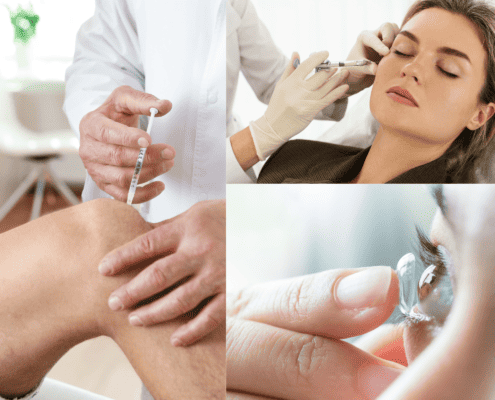 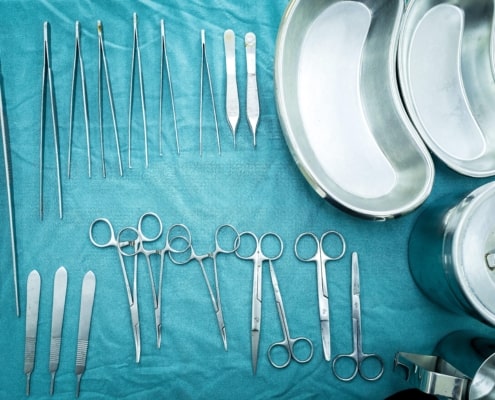 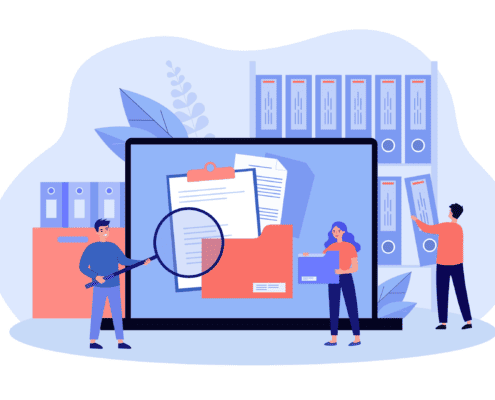